Today I am delighted to host a stop on the blog tour for P. J. Reed’s epic fantasy The Torsion Chronicles: Defiance. Filled with rich imagery and rag-tag cast of characters that come together to take on the impossible, this one will lave you rooting for the underdog and cheering at the most unexpected moments. 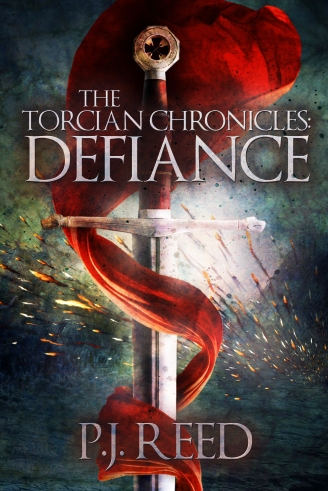 Mesham sits dejectedly in a tiny garret above an inn, as the lands of Torcia fall to the magically-enhanced army of the infamous Mivirian Horde. One of the last surviving ancient warlocks of Torcia, Mesham knows he is marked for death.

The Torcian king knocks on Mesham’s door later that evening and offers him the chance of rejuvenation in return for a seemingly impossible mission into the heart of Mivir. Mesham reluctantly agrees, only to realise the evil of Mivir has spread to the very top of the Torcian government.

As Mesham undertakes his quest to complete the mission, he finds himself hunted by his king, by the mighty Torcian warbands, and by the Horde.

But he cannot fail, for the fate of Mesham’s beloved Torcia rests in his hands.

It’s been a while since I read a solid, original fantasy that brought together kingdoms, loners, and unlikely heroes but this one certainly did the trick! I loved the premise of the lacklustre son, the exiled captain, and outcast warlock who’s been given a new lease on life having to come together against all odds. Their quest was not only exciting, but necessary, and though the concept of warlocks is not new their magic in this story was unique. In fact, Reed’s world building is complete and encompasses different peoples, places, threats and creatures – not once did I feel that there was a lack of detail. This isn’t one of those fantasies where you feel like you’re reading the same old stuff – it’s new, exciting, and undeniably fun.

I was surprised by Mesham’s loyalty and determination to complete his quest despite his knowledge of the king and the corruption running rampant in the kingdom. After all that he had suffered – the daily persecution, having to wear the arm bands, living in forced poverty, and the constant fear of his powers – I half expected him to break off on his own and have this amazing and epic adventure. But, this definitely made for a waaaay cooler story with lots of tension, drama, and unexpected twists.

I appreciated too, how power always came with a price. Whether this was Captain Sicam being sent into exile for speaking the truth, Mesham being physically and mentally drained after using his magic, the funnelling or trading of faulstan crystals and aweosung power as currency – all of it hammered home the true cost of things. And I loved how things were never perfect! Whether this was Mesham miscasting a spell, Shadral falling prey to self doubt, or the great womanizing Sicam ending up in the larder of demon. The frequent fallibility put this story on a relatable level where so many fantasies seem so perfect as to be unobtainable.

I’m not going to lie, it took me a few chapters to get used to the writing style for this one. Perhaps it’s because I spent so many years having that ‘less is more’ style of technical writing hammered into me that I notice when things are a touch more on the descriptive side. But, after a few chapters, and some pretty hefty advances in the action, I was so sucked in that I barely noticed and was hungry for more. There is a beautiful balance between world building and action, sorcery and sword play, and rarely time to let your mind wander. There is always something new and interesting going on, or little tidbits being revealed about each of the main characters.

Would I recommend this book? Oh, heck yes! It’s fun, exciting, and entirely unexpected. I am excited to see where the Torcian Chronicles will take us next, as I am sure the adventures will be even more intense! This one is sure to appeal to lovers of Tolkien, Lackey, McCaffrey and Zimmer Bradley. 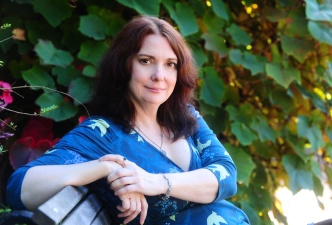 P.J. Reed – Writer of warlocks and other magical creatures.

P.J. Reed is a writer and poet from England. She holds a BAEd from Canterbury Christ Church University and an MA from Bradford University. She has been widely published in anthologies and collections.

P.J. Reed currently lives in Devon, with a handful of teenagers, one feral cat and a dog called Fizz.

Many thanks to Rachel Gilbey at Rachel’s Random Resources for organizing this tour, and to P. J. Reed for providing an ARC in exchange for an honest review. 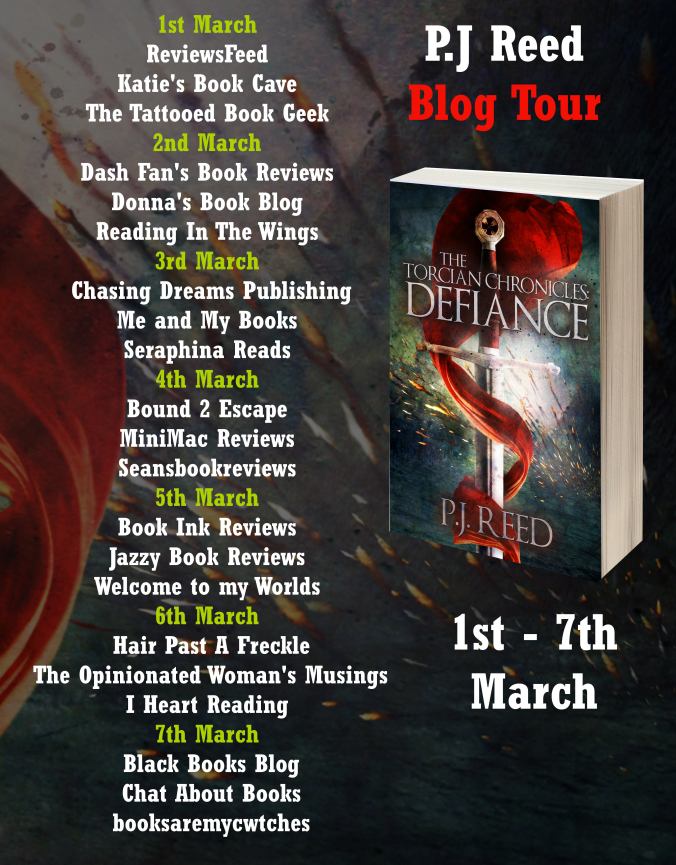