Today I am thrilled to be sharing some book love for the 8th instalment in the Tom Harper mystery series The Molten City by the fabulous Chris Nickson. If you like historical fiction that is unapologetically feminist, and love getting stuck into an old-fashion police procedural, then look no further – this book is absolutely outstanding!

Detective Superintendent Tom Harper senses trouble ahead when the prime minister plans a visit. Can he keep law and order on the streets while also uncovering the truth behind a missing child?

Leeds, 1908. Detective Superintendent Tom Harper has received an anonymous letter claiming that a young boy called Andrew Sharp was stolen from his family fourteen years before. But why was the disappearance ignored? Harper is drawn deep into the dark underworld of child-snatching, corruption and murder as Leeds becomes a molten, rioting city.

Set nine years after the close of The Leaden Heart some big changes have caught up with Tom, Annabelle, Mary, and Tom’s team back at the precinct. With such a large gap between books that includes the passing of Billy Reed, the end of Annabelle’s second term as Guardian, and the dispersal of some key officers to fight in the Boer War you can’t help but get the feeling that Harper’s crime fighting days are coming to an end.

This finite tone is set with plenty of introspection, looking at both the correction of past wrongs and possibilities for the future. The result is that this book has a slightly slower pace than some of those that came previous in the series, with the weight of the feeling only amplified as Harper focuses on two cold cold cases rather than chasing down high down high stakes crime. That’s not to say this book is boring, quite the opposite in fact, as this melancholy tone set by the missing children Tom’s life changes is offset by the stress and drama that comes with arranging security for a high profile visitor – one that’s sure to draw riots.

These political tensions provide an exciting backdrop for the change coming at the Harper family, especially since women’s suffrage is such a prominent staple at home. With Tom’s daughter Mary becoming more involved in the fight for suffrage than Annabelle, the dynamic shifts rapidly, especially since teenaged Mary leans towards a more radical crowd. A tenuous balance must be struck between fighting for what’s right and protecting the family – so naturally some hot-headed drama ensues…

If there is one thing I am confident saying about Mr. Nickson’s writing, it is that it bleeds authenticity. Everything from the grimy buildings of industrial Leeds to the politics of the day, and from the feels of the neighbourhoods through to the riots, clearly comes from a deep knowledge and love of place. The passion and attention to detail will effortlessly transport you to another time and place, which is ideal for getting lost in the story.

The Molten City is an emotionally provocative and meticulously crafted read. Lovers of historical fiction will appreciate the attention to detail, while readers of crime fiction will get lost in the case. There’s even a little something for the women’s fiction and family drama readers in the mix. And despite the feeling of wrapping up the series that’s come with this last book, with such human and lovable characters I can only hope that Harper has at least one more big case waiting in the wings. 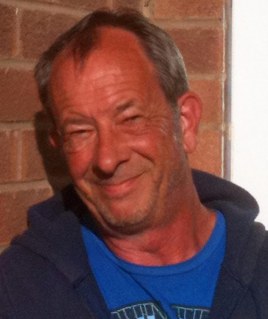 Chris Nickson has written since he was a boy growing up in Leeds, starting with a three-paragraph school essay telling a tale of bomb disposal when he was 11. That brought the revelation that he enjoyed telling stories, and then more stories, teenage poetry, and music, as both a bassist and then a singer-songwriter-guitarist.

Chris spent 30 years living in the US, playing in bands and writing. He’s made a living as a writer since 1994. Much of his work has been music journalism, combining the twin passions of music and writing, specialising in world and roots music. His reviews and features are published in print and online, notably with fRoots, Sing Out!, emusic.com, and allmusic.com. He’s also the author of The NPR Casual Listener’s Guide to World Music.

Chris has also published 28 other non-fiction books, most of them quickie biographies, and has had a pair of one act plays staged in Seattle. His short fiction has appeared in several small magazines, and in the anthology Criminal Tendencies. A collection of his short Leeds fiction appeared under the title, Leeds, The Biography.

He moved back to the UK in 2005. The Broken Token was published by Creme de la Crime in 2010. The second of the Leeds novels featuring Richard Nottingham appeared in hardback in May 2011 with the third and fourth (The Constant Lovers and Come the Fear) appearing in 2012. The fifth and six in the series (At the Dying of the Year and Fair and Tender Ladies) arrived in 2013. The seventh novel, Free From All Danger, will appear in October 2017, Cold Cruel Winter was named one of the Best Mysteries of the Year in 2011 by Library Journal, and the audio book of The Broken Token was one of the Independent on Sunday’s Audiobooks of 2012.

The Crooked Spire is set in Chesterfield in 1361 and can be found in paperback and ebook, as can the sequel, The Saltergate Psalter. The final volume in the trilogy, The Holywell Dead, will appear in 2017.

A series set in Leeds in the 1890s features Detective Inspector Tom Harper. Gods of Gold is the first volume, followed by Two Bronze Pennies, Skin Like Silver, The Iron Water, On Copper Street, The Tin God, and The Leaden Heart.

Dark Briggate Blues is a 1950s noir, with enquiry agent Dan Markham and also taking place in Leeds, as does The New Eastgate Swing, the second volume to feature Markham.

Lottie Armstrong, one of the first policewomen in Leeds, was the heroine of Modern Crimes, set in 1924. She reappears 20 years later in The Year of the Gun.

Chris is also the author of Solid Air – The Life of John Martyn. This appeared as an ebook and print on demand in June 2011, along with John’s posthumous album and a tribute CD that features many major names.